We would like to start this post with recognizing Memorial Day.  Thank you to all service members that put their lives on the line for our freedom every day.  My father was in the Air Force during the Vietnam War and my grandfather was in the Air Force during WWII.  While this holiday is not celebrated in Canada, Eric and I both wanted to recognize it.

We have quite a few updates on Aiden.

We had a nice weekend, Eric’s parents were in town.  I bought Eric and his dad an early Father’s Day gift of golf at Furry Creek.  Teri and I shopped downtown.  We ate at some amazing restaurants.  We are loving this city! 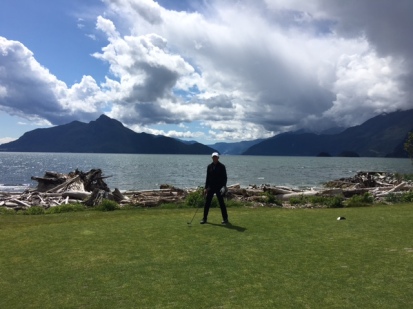